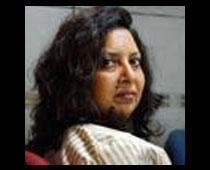 Kazmi was associated with Times of India for over two decades and her recent reviews included "Chaalis Chaurasi", "Ghost" which came last week.

Even if she was ill, she came to movies on wheel chairs to watch them and write reviews for us.
Bollywood is mourning for the writer, whose reviews made a difference to many actors and actresses in the industry.

"The 1st ever review I read of Refugee, my 1st film, was by Nikhat Kazmi. She always pointed out the road to improvement to me. RIP ma'am." Tweeted Abhishek Bachchan.

Karan Johar tweeted "Was truly shocked to hear about the untimely death of Nikhat Kazmi...the TOI critic of several years...prayers and thoughts with her family. Death is always a reminder of life that most of us do not lead."

Nikhat Kazmi is survived by her son Rehaan, 26.

Shahid Finally Has A Hit!

So What Is 'Ghanchakkar' About?

How To Shine At performance Reviews

Arjun Kapoor on getting negative reviews for his acting

Irrfan Khan gets rave reviews for his Hollywood release

102 Not Out: Despite decent opening, good reviews, Big B unhappy with theatre owners

Maker’s confirmed: Kaahani 3 is in the scripting stage

Aamir,Abhishek,Sachin And Others At Dhoom 3 Movie Special Screening