Indian batsmen are like faithful husbands, they perform only at home 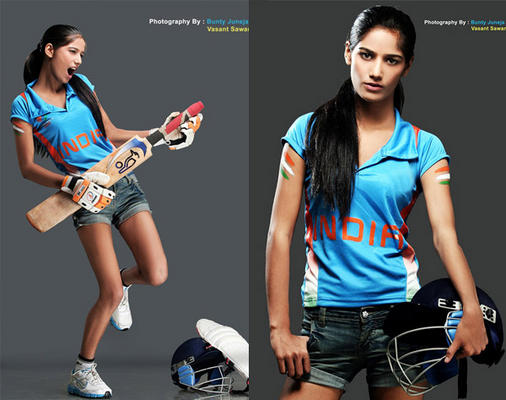 Today India lost to Australia embarrassingly for an innings and 68 runs in the second Test in sydney. The first test they lost by 122 runs in Melbourne. They couldn't even last until end of 4th day in both test matches.

Back in India, fans starting to lose patience with MS Dhoni and his men. Even the ads for the players has starting to slow down in India after their hopeless performance in recent matches.

Last year this team won the world cup and it's hard to believe that they can have such a downfall in just couple of months..

Infamous Model Poonam Pandey tweets "Indian batsmen are like faithful husbands, they perform only at home”.

And we all need to agree with Poonam this time.

To MS Dhoni and Team: If you have any mojo left, fight back in 3rd test?

Celebrities in this Article: Poonam Pandey

Who Is Deepika Dating?

Virat Kohli climbs to No 2 in ICC Test rankings

India vs Australia 4th Test: Steve O'Keefe may be opted out, Jackson Bird in contention

MS Dhoni visits Ranchi stadium, have a look at the pitch for 3rd Test of Aus vs IND

India Vs Bangladesh: Last Over

Men in Blue are the Champs!