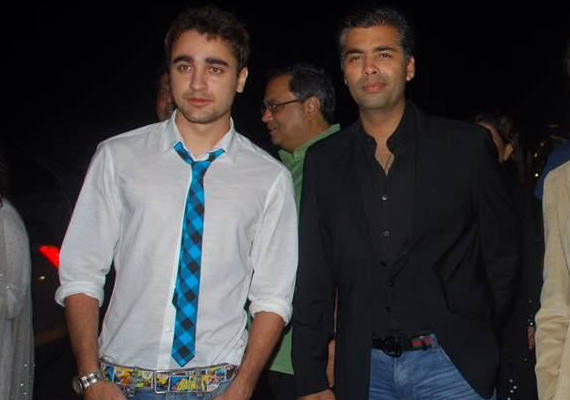 Although Salman Khan is physically not present in every episode, but it seems like he is the Bigg Boss. From news sources it has been reported that Salman didn't allow Hritik Roshan on the finale of the show which would be on this Saturday, 7th Janury 2012.

Hrithik along with Sanjay Dutt was supposed to promote his upcoming release Agneepath. But Salman didn't let that happen instead he allowed Imran Khan to be the special guest in that evening to promote Karan Johar's next production Ek Main Aur Ek Tu.

If you could remember last year, when Salman said a few unpleasant things about Guzaarish Sanjay Leela Bhansali's Guzaarish, Hritik was harsh on him.

However, Director Karan Johar has confirmed that, he will attend the show with Imran.

Karan Johar to bring Salman Khan in to Dharma Productions?

Kareena In Kolkata To Promote GTPM

Kareena Kapoor On The Sets Of Gori Tere Pyaar Mein

Imran,Karan And Kiran On The Sets Of Front Row With Anupama Chopra