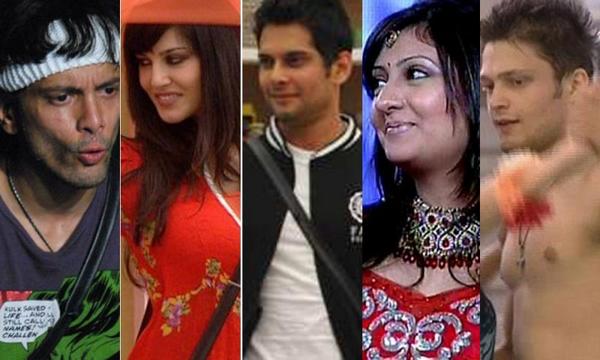 Things now are really hitting the show up. Big Boss Season 5 about to come to an end. Many speculations are now counting up who will win the Big Boss Season 5 Title! Strong Contestants like Shakti Kapoor, Puja Bedi, Mehek and Shonali were evicted before. The eviction poll has been stopped from this week, so no eviction from this week. Former Australian cricketer Andrew Symonds, who had entered Big Boss as a guest, exited the show after a two week stay inside the house. He had a wonderful experience on the Indian Television.

However now Juhi Parmar, Amar Upadhyay, Siddharth Bhardwaj, Sunny Leone & Akashdeep Saigal are in the end of the track. According to a buzz there will be one wild card entry so it may be Mahek Chahal, Shonali or Laxmi.

So the countdown begins from this week who will be crowned this season. Most of the people are expecting Juhi Parmar will be the winner, many predicted Akashdeep Saigal as the winner & 50-50 chances goes to Amar & Siddharth. Any guess from your side???

Update: Mahek Chahal's re-entered the house as a strong candidate to win..