A Grammy For Steve Jobs 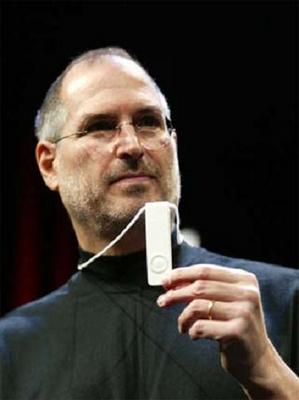 The Recording Academy has announced that Apple co-founder  Steve Jobs will be honoured with a Grammy Award posthomously. This award is in recognition for the huge contribution made by Steve Jobs in the way people consume music.  Steve will be given a Trustees Award for helping create products 'that transformed the way we consume music, TV, movies and books'.

This is not the first time that Apple Inc is being bestowed with a Grammy. Apple won the first Grammy in 2002 for outstanding technical contributions to the world of recording.

Schemer - Has Google become a Follower?

iPad 2 is Thinner, Lighter and Faster, but some disappointments

Varun Dhawan comes out in support of Steve Smith

Hrithik and Priyanka Promote Krrish 3 At Apple Store In London

Love To Eat These Roses

Recognize the Young JOBS in 1977