DON 2: The King Is Back – Movie Review 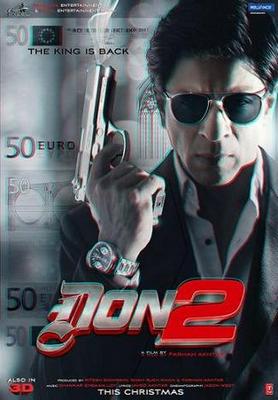 The first trailer was out in the market before months ago and wow what a trailer it is! The trailer is very nice & the fans of Shahrukh khan will go crazy after watching this movie and the regular viewers those are not Shahrukh khan’s fan will love this movie as well. As the morning shows the days the trailer shows what’s the movie is about.

Shahrukh khan looks fantastic & as the sequel of DON this increases the excitement to watch this movie. Don 2 story is followed through nicely from Don 1, the story line starts where DON 1 story line ends so this gives an advantage to a sequence movie. Clever script, slick production, brilliant acting and outstanding dialogues makes DON 2 a great entertaining movie. Shahrukh Khan makes a great villain and the action sequences are outstanding. The supporting cast are good too especially Priyanka Chopra, Boman Irani, Kunal Kapoor and Lara Dutta.

Memsaab Rating to this movie is

Tips for a safe Diwali

SRK Does A Johnny Depp!

Sridevi, Jhanvi And Khushi Attend IIFA Magic Of The Movies

Shahrukh And Deepika Landed At Mumbai

Deepika And Shahrukh On The Sets Of Chennai Express

Shahrukh Khan Snapped At Airport To Leaves For London