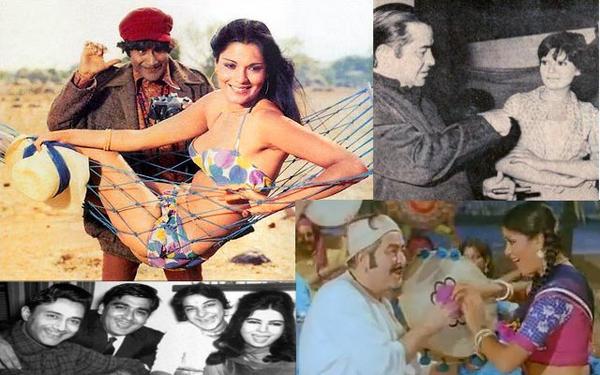 But the Show man Raj Kapoor came between. At that time Raj Kapoor wanted to cast Zeenat Aman on his up coming “Satyam Shivam Sundarm” & regarding this Raj Kapoor & Zeenat Aman were gradually more close to each other. One incident happened at hotel oberoi mumbai on the premiere of “Ishq Ishq Ishq”, Raj Kapoor kissed Zeenat Aman & this gave a shock to Dev Anand & for this cause he was quite jealous to Raj Kapoor.

After this Dev Saab decided to propose Zeenat Aman as soon as possible and for that one day he called to Zeenat into a hotel to express his love but accidently Raj Kapoor was in that hotel before & quite drunk at that moment, when Zeenat arrived Raj Kapoor went for a hug & Dev Anand was there to watch all this, Zeenat’s positive approach towards Raj Kapoor wounded Dev Anand & broke his heart. This left him to back from Zeenat Aman & engraved one more “Adhura Prem Kahani” on his heart.

The Maxi Is Back!

Is Zeenat Aman Getting Married?

Kriti Sanon speaks about her journey in Bollywood, Zeenat Aman and her role in Panipat

Zeenat Aman is mesmerized by beauty and cleanliness of Nagaland

Zeenat Aman files a molestation case against a businessman in Mumbai

Amitabh Bachchan Don was a masterpiece