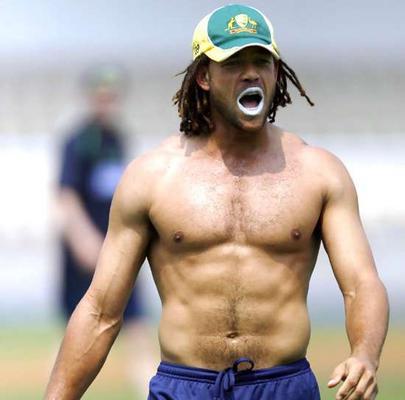 Big Boss’s house is welcoming celebrities one after another. Now in the running show of Big Boss a buzz came that cricketer Andrew Symonds might have a wild card entry into Big Boss house very soon. Last night telecast of Big Boss confirmed that a cricketer is about to come into the house while Juhi picked one cricket helmet from the store room.

Few days back a rumor was there that cricketer Navjot Singh Sidhu or Jhonty Rhodes might have an entry into the Big Boss show. If Andrew Symonds gets through the show he will be the second cricketer guest on Big Boss show after former Indian cricketer Vinod Kambly.

Big Boss 13 inside pics: The extravagant house will leave you excited for the show

Why Ileana D'Cruz won’t talk about relationship with Andrew Kneebone