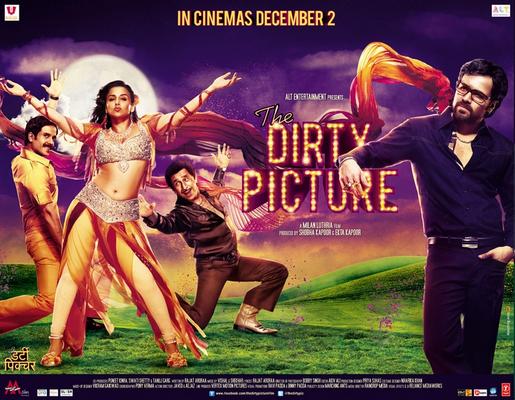 The Dirty Picture is a story about an actress of 1980s who is best known for her sexy body & sexy attitude “Silk Smitha”. The storey is based on ups and downs of her career. The struggling part of her life to survive in the film industry. She started her career as an artiste for B-Grade movies but soon she got a break in a movie for a small character. Later the movie shows climbing steps of Silk Smitha towards success.

Her dance numbers, semi-nude scenes and bold performances made the viewers crazy. She is getting a huge response for that and can able to get to the peak of her career.

Vidya Balan’s work in the movie as in the role of Silk Smitha is really deserved to praise. Other than Vidya, Naseeruddin Shah, Emraan Hashmi & Tusshar Kapoor’s work is also in a stage to be praised.

The Dirty Picture Songs are in the market before 4 months. Among all Ooh La…La…La… became a raise to a certain generation.

So overall it's a good movie that’ll bind the viewers in theaters.

Memsaab rating for this movie