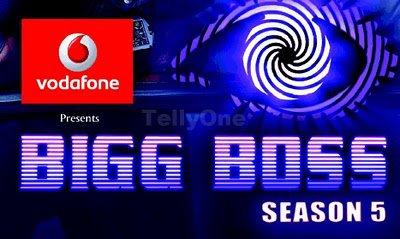 Big Boss a reality show which was driven from Big Brother has made such a mark in Indian television that by taking the idea of Big Boss concept many started reality based programs. Big Boss is a reality show where celebrity contestants stay in a single house for about three months, with no connection to the outside world. They are supervised by a mysterious person known as 'Big Boss', whose only presence in the house is through his voice. On viewers demand the show has been continuing it’s series season 1 to season 5…The journey of Big Boss from season 1 to season 5 is full of entertainment, romance, fights, jocks & spicy masala.

Lets take a look at the Big Boss journey from season 1 to season 5.

Big Boss season 1 started on 3 November 2006. There were many celebrities like Rahul Roy, Carol Gracias, Ravi Kissen etc. It was Rakhi Sawant who stoll many hearts by her jalwa & Aryan Vaid and Anupama Verma’s love story won million hearts. But the by the end of the show Rahul Roy won the Big Boss Title. Arshad Warsi was the host of the show.

Big Boss Season 2 began it’s telecast on 17 August 2008 on Colors. Shilpa Shetty replaced Arshad Warsi as host of the show. The comedy of Ahsaan Qureshi, the romance of Monica & Rahul & the intensity of Sambhavana & Raja were the main attraction of the show. But at last the attitude of Ashutosh Kaushik driven him towards the winner of the show.

Colors with Amitabh Bachchan as the host started it’s season 3 on 4 October 2009. This season was the remarkable one of all season. This season was a blast season of fights, comedy & romance. Kamal (KRK) shown all his kamal & dhamal on this show while the comedy king Raju Srivastav made all viewers crazy by his comedian attitude & his laugh bursting Jokes. The love part of Claudia Ciesla & Pravesh Rana was full of caring, love & affection. It was a close fight to won the Big Boss title between Vindu Dara Singh & Poonam Dhillon but the luck favored to Vindu Dara Singh to won the title.

This season was hosted by Salman Khan. The show aired on Colors on October 3, 2010. While we talk about this season one contestant comes to mind first she is non other that the “Dolly Bindra”, who blasts the house with fights with all contestant. She was a panic to the house. The romantic scenes of Ashmit Patel & Veena Malik were full of masala. The fights between Dolly Bindra & Shweta Tiwari, Dolly Bindra & Manoj Tiwari were outburst. The Great Khali’s appearance on this season was a step ahead. Consequently Shweta Tiwari snatched the Big Boss Title.

As before Big Boss started it’s season 5 on 2 October 2011 with Sanjay Dutt as the host & Salman Khan as the host. All the housemates especially the girls are the majority in Big Boss House of this season. Shakti Kapoor was the only the male contestant but later he was evicted from the house. Love, hate and relationships in the house are the point of attraction. This season’s fight bomb Puja Mishra, the charming Puja Bedi & the star plus queen Juhi Parmar are the most expected winner of this season. Now porn star Sunny Leone’s presence added a taste to the show & hope the will be more spicy than before.