In memory of Cha-cha Neheru: 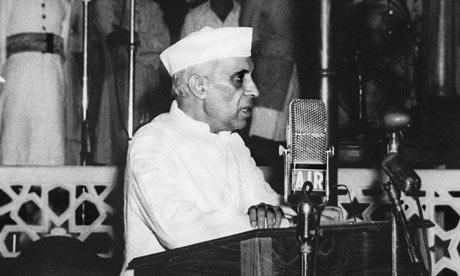 Pandit Jawaharlal Nehru was 1st First Prime minister of sovereign India. In the era of 1940 he was a renowned politician. He played an essential part to build Indian Democracy. Apart from that he’s best known for his peace & harmony towards world’s peacefulness.

He was born on the 14th of November, 1889 at Allahabad. After completing his study at India he went for a higher study to Britain. At the age of 16 he get married to Kamala & the next year he had a baby call Indira Priyadarshini. He was very much inspired by Mahatma Gandhi.

In memory of him we are celebrating 14th Nov as “Children’s Day”. He was very much fond of kids. He had a remarkable step towards developing young generations. He is well known as Chacha Neheru among the children.

In the year of 1964, 27th May he had an heart attack & died. He belonged to a Kashmir’s Pandit Family. His father’s name was Motilal Neheru & Mother was Swaroop Rani.

The Ambedkar cartoon on NCERT textbook

Kashmiri Pandits in exile for 22 years, still no justice and no hope for return

Does He Love Me?

Varun Dhawan reacts to ban on Deepika Padukone’s ‘Chhapaak’: These are tactics to scare

Saaho: Neil Nitin Mukesh reveals he was worried about being replaced in Prabhas & Shraddha Kapoor starrer

Some Actors Who Played Nehru On Screen To Perfection

You Will Love Sunil Grover in this Video

Gautam Chosen for Punishment Once Again!