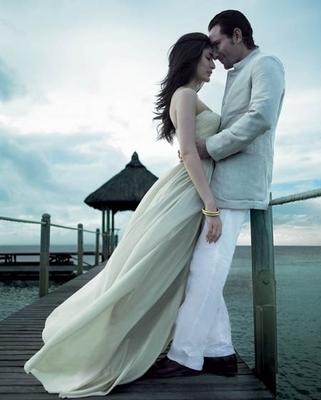 After keeping their fans waiting for so many years, finally Saifeena have announced that they are ready to tie the knot. This time they have not mentioned "some time in near future". This time Saif Ali Khan himself has announced that they will get married in February 2012. They will wait till the release of their next film "Agent Vinod". Saif has also said that if the release of this film gets delayed, they will still get married by March next year.

Saif Ali Khan and Kareena Kapoor make one of the hottest couples in B-Town and everyone is very excited to hear this news. Interestingly, both Saif and Kareena have had other long term relationships before they got hitched to each other. Guess first time is not lucky for everyone!

Saif,Kareena,Aamir Snapped At The Mumbai Airport