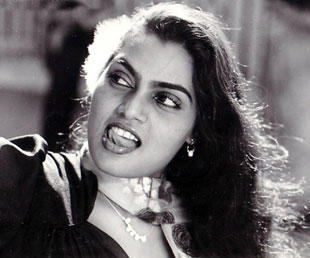 Silk Smitha heart throb of many hearts, a hot & spicy actress who was popular for acting in disco bar dancer roles in Hindi , Malayalam , tamil and all indian languages. She was famous for her dusky looks and excellent dance moves.

Although she had achieved many successes, she wanted to get into film production. But destiny had decided something else for the lady. Soon she was found dead in her apartment under some mysterious circumstances. She was just 36 when she died.

The upcoming & mostly awaited movie “The Dirty Picture” is based on her life, it is about a dancing star. But before releasing, the movie caught in fire of controversies. Silk Smitha’s brother Prasad had sent a legal notice to the makers of The Dirty Picture. He claims that the film is obscene and no one from the film took his family’s permission before making it.

The movie is set to release on December 2, this year.

Are You Having A Heart Attack?

Kriti Sanon is having a 'pawsome' time amid lockdown

I believe in destiny: Kiara Advani

Vidya Balan Inaugurates The Mall Of Joy In Thrissur