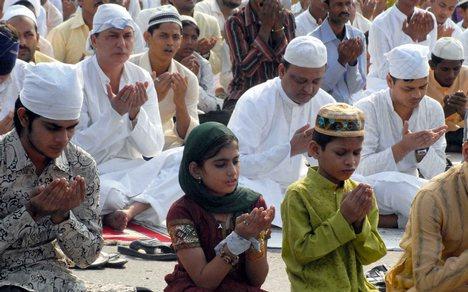 The underlying truth is that this festival of sacrifice (Bakri Eid) brings man and God close to each other.

All non-Muslim people see this occasion to slaughter animals for no fault of theirs. Muslim community argues that sacrifice of animals too is a part of balance of nature.

But the history says something else as an incident from the life of Prophet Mohammed:

"Once the prophet Mohammed received a Christian guest from Najran in his house. There was no food at night except some goat milk. He offered his guest the milk although his own family went without a meal that night like the previous night."

In fact, it is not the sacrifice of a camel, goat, sheep, ram or lamb but of one's own self, happiness, comfort and affluence in the name of God.

Kareena Kapoor trolled for ‘marrying a Muslim’, Swara Bhasker comes to her rescue

Arpita Khan Sharma gives a shout out to all mothers, leaves everyone intrigued with her post

Taking A Goat For A Ride!