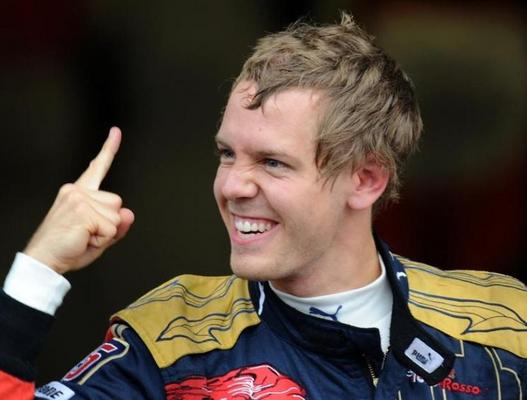 Sebastian Vettel, the world champion made history today by winning India's first ever Formula One race with a lead of 8.4 seconds over his nearest rival Jenson Button. Sebastian Vettel belongs to the Red Bull team while Button is a part of McLaren's. Fernando Alonso of Ferrari was third while Australian Mark Webber finished fourth. This is the 11th victory for Vettel and he is on course to be on par with Michael Schumacher's 2004 record of 13 wins in a year. There are still two races left this season. Michael Schumacher finished fifth while Lewis Hamilton came in seventh in the Indian GP.

"Yes boys! Yes, we did it," Vettel shouted over the team radio as he finished. "The first Indian Grand Prix. Fantastic challenge, we did it!" The race which has happened in India for the first time has created a tremendous amount of buzz and excitement what with all major sports and film celebrities heading over to Noida to be a part of the event and see it in person. International pop icon Lady Gaga has also flown down to India and is scheduled to perform a gig tonight.

Tips To Wake Up Early In The Morning

The Dirtiest Things You Touch Everyday!

Hit TV Show Homeland May Have A Bollywood Connection!

High Waist Is Back!

Priyanka,Alia And Hrithik Attend A Wedding In Udaipur