Changing Dynamics of The BB House 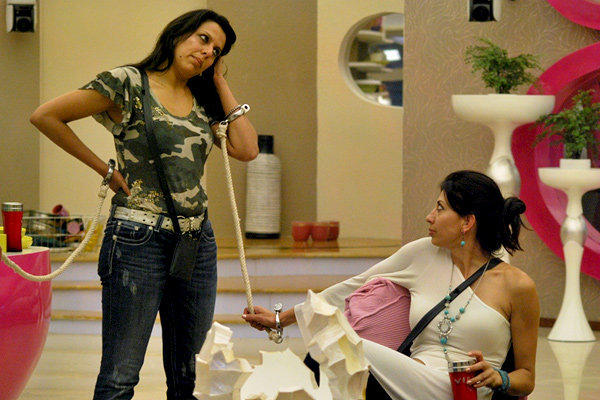 Just when you thought that firm groups were taking shape in the Bigg Boss house this season, things seem to be changing. After a vote of confidence regarding the current captain Shonali Nagrani, some relations seem to have been damaged. When her closest friends Juhi and Pooja Bedi did not vote in her favour, Shonali was quick to change sides and speak in favour of the enemy, Shradha Sharma. Fickle!

On the other hand, Pooja Bedi seems to have realised that her current gang of friends is not working for her. In an attempt to woo the fans of arch rival Pooja Mishra, Ms Bedi sided with the enemy yesterday in a fight over some meaningless trinkets.

As Pooja Mishra seems to escape eviction every week, all the housemates seem to have realised that that the only way to stick around is to "FIGHT". So you have Amar Upadhyaya fighting with Mishra over nothing. He's even made some very sexist and insulting remarks like "She needs a slap from a man" etc. Then there's Mahek, who also tries to get her share of the limelight by picking a fight on every possible ocassion. Not to be left behind, Vida has also jumped into the fray. Probably she realises that she could be nominated next week and the ffights will come in handy.

The dynamics of the house are certainly changing as one fickle relationship gives way to another.