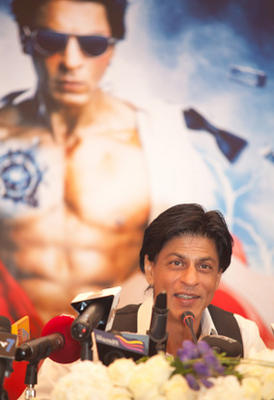 Ra-One’s first premier held at Dubai on Monday. Shahrukh Khan, along with Kareena Kapoor and Arjun Rampal walked the red carpet at Grand Cineplex in Dubai.

Thousand of fans were there for a glimpse of Ra.One team. When Shahrukh Khan appeared on red carpet the fans cheered, Mr. Khan didn’t dissatisfy their fans. In fact, he went to meet his fans, shake hands with them and even posed for photographs.

This Man Is Too Sexy For Saudi Arabia!

SRK To Build A Stadium In Dubai

Priyanka and Ranbir in Dubai For Barfi Promotion

Rannvijay Is Now A Married Man!

The exclusive trailer of RA.One