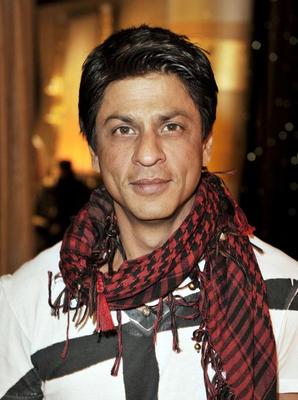 SRK has kicked up yet another storm. This time for a 'slip of tongue' or you could say wrong use of a word. This incident happened at Chennai where the superstar was visiting for a promotional event for 'RAOne'. At the event, it is reported that SRK said that he is keen to act in Tamil movies but only in a 'dumb' character because he did not know the language and it would be difficult to deliver the dialogues with perfection.

It seems on hearing this, there was a sharp reaction from a physically challenged girl in the audience. SRK on realising his mistake, promptly apologised and even asked her for the right word to use to refer to people with speech impairment. The girl replied that he should use the word 'mute'.

Prominent social workers and NGOs have made their displeasure clear on this incident and a spokesperson for the Disabled Welfare Society in New Delhi has said that they expect celebrities of such stature to use correct terms when talking about specially-abled people.

How Many of these COVID Slangs DO You Know?

Will Big B lend his voice for RAOne?

Hrithik Roshan on Tiger Shroff: My words won't do justice to the kind of talent he possesses

Rohit Sharma: I don't have the power of an MS Dhoni or Ab (de Villiers) or Chris Gayle

Kajol: Ajay blasts me every other day, Find out here why

Ayushmann Khurrana: The word nepotism is overused these days

The Don Pulls A Card Trick: Learn How!