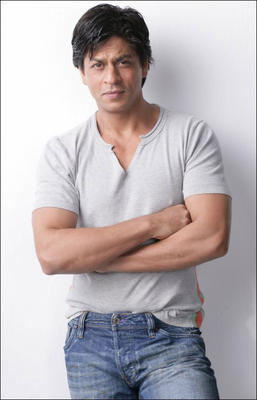 There have been rumors doing the rounds that SRK is going to be back on KBC. Now, now, don't get ideas. Big B is not going anywhere from KBC.

SRK who has had a khatta-meetha relationship with the Bachchans seems to be in a reconcilatory mood. Of course, the fact that he needs all the goodwill ahead of the release of his much hyped film 'RAOne' is also a factor for this reconcilatory mood.

After having made up with his once upon a time good friend Farah Khan on the TV show 'Just Dance', SRK it seems now has decided to bury the hatchet with the Big B. Talks are on with the channel and it seems that an episode with SRK in the hot seat will be shot this week.

We look forward to this exciting episode...

Meet Ajeet Kumar, the 4th Crorepati of This Season!

Guess Who Is Replacing Amitabh Bachchan on KBC?

Bigg Boss Will Spoil My Image!

KBC Gets Its First 5 Crore Winner!!!

Will Big B lend his voice for RAOne?

KBC To Be Nominated For An Oscar?

Daawat-E-Ishq Stars Promoted At KBC With Big B

Shahid And Ileana On The Sets Of KBC

Shahrukh And Katrina At KBC 6 To Promote JTHJ

Shahrukh,Katrina And Big B At KBC

KBC has its First Crorepati of the Year!