Spoilt For Choice This Friday? Choose Between Three Different Genres In Movies This Weekend! 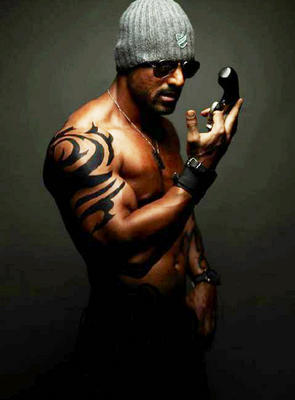 Moviebuffs are going to have their hands or rather their eyes and ears full this weekend, what with four films each of different genre are due to hit the theatres. Hardcore action buffs and fans of John Abraham will get to see him in a total action avtar. After Dhoom, John gets to do different kinds of stunts and it was reported that John suffered from as many as 282 bruises, seven broken bones and innumerable scratches during the shoot. He even lifted a bike of 150 kilograms all on his own!

Then you have 'Sahib Biwi Aur Gangster' which is about betrayal, as per the director Dhulia. It is inspired by the principal characters of the legendary Guru Dutt's 1962 classic 'Sahib Bibi Aur Ghulam'. The movie has some explicit and bold scenes between Randeep Hooda and Mahi Gill who is the lead actress in this movie. The film takes a contemporary look at how the characters would behave in this era. "Someone has said if you have not experienced the ecstasy of betrayal, you have not experienced ecstasy at all," said Dhulia clarifying that his project "is not a remake of 'Sahib Bibi Aur Ghulam'."

And finally in the comedy genre there are two comedies due to release this week. 'Tere Mere Phere' is also actress Deepa Sahi's directorial debut and takes a light hearted look on marriage trivia. It starrs Vinay Pathak and Riya Sen in the lead roles along with debutants Jagrat Desai and Sasha Goradia. Director Sagar Ballary's 'Hum Tum Shabana' is yet another rom-com revolving around Shreyas Talpade, Tusshar Kapoor and Minissha Lamba, in which the two actors try their best to get Minissha, the girl of their dreams

So get set for some real good fun this Friday!

Randeep Hooda: Salman Khan's films are a genre in themselves

John,Prachi And Chitrangada At I Me Aur Main Shooting Location