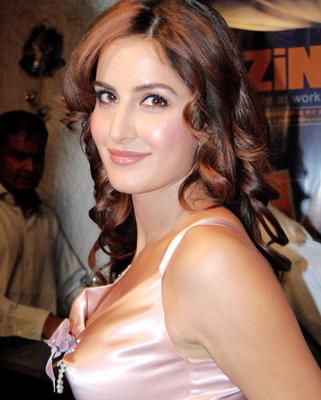 It is finally confirmed. The sexy and beautiful Katrina will be a part of the super successful Dhoom franchise the third part of which is soon going to go on the floors. It is no news that Aamir Khan has been signed to play the part of the villain. In the previous two instalments of the movie, it is always been the villain who has gained the maximum mileage and it would not be a suprise if the same is the case in Dhoom 3 as well.

What makes this project really exciting is the first time pairing of Katrina and Aamir. The audience would really love to see them together. Aamir is anyways known to go the extra mile and gets totally absorbed with the film and the character and Katrina who is known to be the thorough professional will definitely set a new standard for other Bollywood heroines.

Dhoom 3 would also be eagerly awaited for yet another reason. The heroine is also supposed to shed all her inhibitions and perform some really hot scenes. Remember Esha Deol in Dhoom 1 and Ashwairya Rai in Dhoom 2. Watching Katrina in a really sexy and hot avtar is a sure recipe for success and is going to set the pulse of the audience really racing.

So get set for some really pulsating action, super-duper stunts, some hot scenes between Aamir and Katrina and for a really good time next year around this time.

Celebrities in this Article: , Aamir Khan

So How Did Katrina Lose Weight?