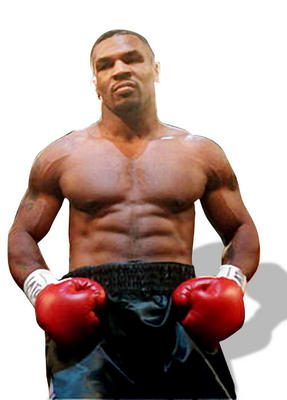 We know that you have been waiting for the much loved, much hated and most talked about reality show of all time - Bigg Boss which enters into its fifth season this year. The catchy promos have been on air since a month and it is no news that Bollywood Superstar - Salman Khan will co-host the show with someone he has always idolized and that is Sanjay Dutt. The chemistry between Salman Khan and Sanjay Dutt is there for all to see and they certainly promise to shake the wits out of the contestants. But it is the contestants who we want to know and see. So who is it gonna be this season? Read on for more details...

Mike Tyson has confirmed his participation in the show. Mike Tyson, the disgraced boxing legend is the same boxer who bit off the ear of his rival Evander Holyfield in a boxing match. Tyson promises to bring a lot of controvesy to the Bigg Boss House and it will be fun watching the other contestants battle it out with him, this time in the Bigg Boss House.

Navjot Singh Sidhu is another participant whose name has been doing the rounds. Navjot Singh Sidhu the ex-cricketer and commentator who made it big time with his Sidhuisms is no stranger to controversy. He was elected to the Lok Sabha as MP in 2004 and later resigned due to his conviction for culpable homicide. For Sidhu, he should take listen to one of his own Sidhuisms "Your originality is your strength."

There are other names in the fray as well but these are unconfirmed reports. Lady Gaga is reported to have been approached. Indian celebrities like Amar Upadhyay, Karan Grover and Shakti Kapoor too have been approached. We would definitely like to see Shakti Kapoor in the Bigg Boss house this year. It would definitely be fun to see how he interacts with the likes of Tyson and Sidhu.

As regards to the female contestants, there are scanty details and we eagerly await the names. Keep watching this space for more details!