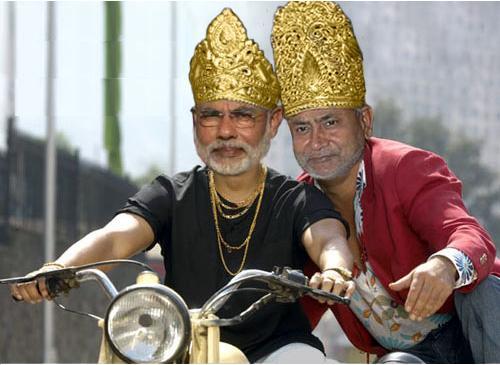 A congressional report in United States has identified Gujarat as perhaps the best example of effective governance and the most impressive development in India. It praised the work of the Chief Minister Narendra Modi and the state's contribution towards the national economic growth of India.

It also praised the work of Nitish Kumar, Chief Minister of Bihar for restoring law and overssing various infrastructure project.

These two guys has set the benchmarks in India and now other CMs and the UPA government need to do a lot of work to live up to the mark.

Narendra Modi's swearing-in ceremony: Kangana and others attended the event