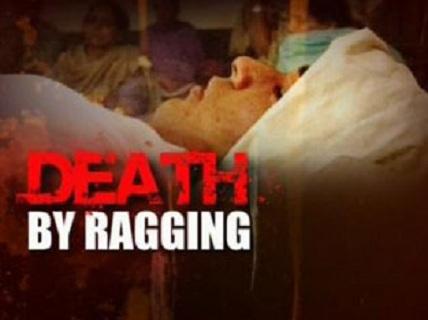 Little did Somya Singh know that her dreams of becoming an engineer would lead her to an untimely and painful death. Somya, from Patna, joined the Rajasthan College of Engineering for Women in August this year. 8 days later, Somya was dead. Why?

Soon after she joined the college and started living in the hostel, Somya was "ragged" by her seniors. She was made to walk on the railing of the fourth floor of hostel building, and not once but twice in her first week at the hotel. On the fateful night of Sep 3rd, her seniors again asked her to walk on the railing. But this time she fell and  lay on the ground for over half and hour before she was taken to a hospital. Her sister was threatened by the staff to not complain or mention "ragging".

The family may complain. The police may lodge an FIr. The case may linger on. There may even be some kind of punishment for the guilty. But the young woman Somya has already lost her life. When will the youth learn that ragging is really dangerous? When will college authorities treat it like a crime? When will young students be able to join hostels without the fear of ragging?

Did Ananya Pandey Lie About Her Education Plans?

Meet the 79 year old Professor Who has Spent Entire Life Without Electricity!

Tips for Students to Save Money

Things You Must Do While you Are In College

Fail to understand why musicians are depicted as losers in movies: AR Rahman

Students No Less Than Criminals!