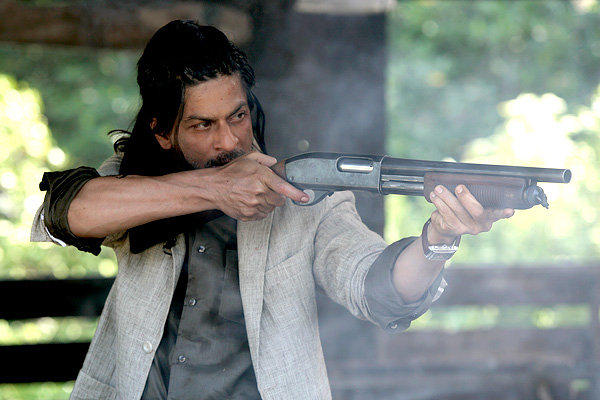 Image Credit: In Movies on Yahoo

This Christmas, get ready to be wowed by the Don, once again. Just after the release of one film, Don sparked such a big reaction from fans all over the world, that it was immediately seen as a franchise film. Everyone immediately started talking about the Don 2. It has taken a lot of time for the people behind Don to get the next film rolling. Sometime SRK was too busy, sometime Farhan was too involved with other films. But finally everyone got together and the sequel is on its way to the screens.

Recently the makers of Don 2 released a little trailer of the film. The trailer got such a thrilling response that the producers felt they needed to make the film "extra-large" in order to justify the huge expectations. So it has been decided that Don 2 will be showcased in 3D. Most people associate 3D with cildren's films, animated films etc. But here is a masala Bollywood film going 3D, the first of its kind.

This is what producer Ritesh Sidhwani had to say about this: "There is a huge demand for the brand DON, also our audiences must be expecting much more and beyond just cinema from the sequel so hence a 3D format. We did a few 3D conversion tests on DON 1 and the conversion outcome was very good. So while shooting Don 2, the 3D conversion was  at the back of Farhan's mind while shooting the film, in case we decided to go ahead with 3D format as it would make the Don experience even more memorable and exciting to watch for the audience.”

We hear that the films is already being converted into the 3D format. For the fans down South, the film will also be dubbed in Tamil and Telugu. The film is slated for release on December 23 later this year.

SRK Does A Johnny Depp!

Bipasha Basu At The Trailer Launch Of Film Creature 3D

SRK in Nagpur to promote DON 2

Movies To Watch This Week...