Do You Fight Over Money? 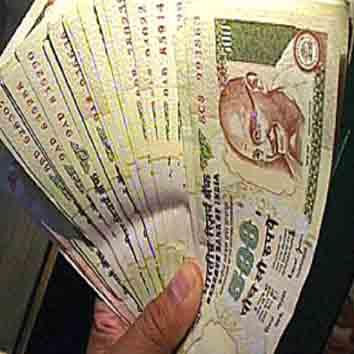 Sanjana and Ritesh have been married for less than a year and they are already seeing red. They find that most of their quarrels stem from money. Since both are working, it is not unusual for them to squabble due to ego clashes about their earnings. But they also fight about their spending habits. For instance, Sanjana doesn't like it that Ritesh spends so much on expensive gifts for his sisters. Ritesh doesn't understand why Sanjana needs so many designer clothes, expensive jewellery and branded make-up.

It is not uncommon to see "money-quarrels" these days when both partners are earning. As women gain financial independence, they also demand an equal say in how and where the money is spent. Fair enough! But if we continue our ego hassles related to money, how long can the marriage last? So how does a couple protect their marriage from "money fights"?

1. Give each other some "spending space". If he buys new pants withpout checking with you, it should not be such a big issue. You should give each other a little spending space and not meddle in such small decisions of your partner. Worry about bigger things gals!

2. No criticism. Since both of you come from different backgrounds, it is natural that your spending habits would be different. So try not to criticise the spending habits of your better half. If required, set a spending limit within which each of you can spend every month (individually) without explanations.

Managing Your Finances As A Single Parent

How Should You Deal With The Inflation?

Things To Ask Your Financial Planner

What Is The Safest Way To Invest Money?

Nushrat Bharucha: Money not a priority for me

'Commando 2': highlights one of the most burning issues faced by our country today

Malaika Arora At UTV Stars In Your City

Learn to Do Henna This Karwachauth!

Should You Get Besharam This Weekend?

Anna Has An Opinion On Terrorists Too