Kate's Sister In An Adult Film? 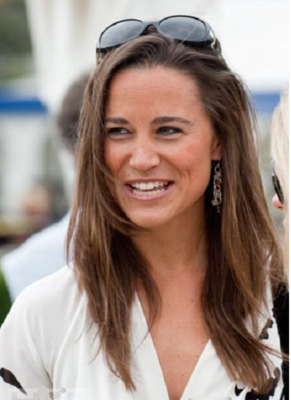 Days after her sister got married to Prince William, Philippa Middleton is again in limelight. Sources reveal that Pippa has received an offer to act in an adult film. The offer comes with a price tag of $5 million! Apparently, Vivid Entertainment founder Steven Hirsch has made this offer in a letter dated May 6.

The letter mentions that Pippa needs to do "just one explicit scene" and that she can have "her choice of partners" in the film. Pippa got a lot of attention during the celebrity wedding which was televised across the world. Her rear, especially, was much talked about in press and on the internet. So this offer is not surprising. The question is, will she do it? Considering her sister has married into the Royal family, will Pippa take up the offer or refuse it because propriety says so?

All You Wanted to Know About Pitru Paksha Rituals

Important to offer a variety to the audience and myself: Shraddha Kapoor

Shraddha: I've not been offered a film with Sanjay Dutt

Can You Eat This Thali?

The Batman is Back