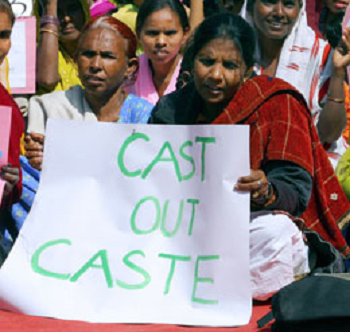 Kerala is the proud Indian state which boasts of the highest literacy rate in our country. People are educated, speak English too and are generally believed to be modern. But a recent incident raises doubts on the "modern" bit regarding Kerala.

A senior Dalit government official retired from office recently. Along with the farewells, he received a rude shock in the form of a cleansing ritual. 55-year-old A V Ramakrishnan was shocked to find cow-dung sprinkled on his office furniture and even inside his car as a part of the "cleansing ritual" performed to free the items of "his impurity". Mr Ramakrishnan has approached the Kerala Human Rights Commission to probe into the incident and give him justice. We do hope that he gets what he is after. But this raises the all important question about the state of Indian mindset. If educated people working in government offices (in a state that claims to have a high literacy rate) behave like this, what can we expect from the rural uneducated India? Are we really developing as a nation? What do you think?

The Killing of a Pregnant Elephant in Kerala Shakes Up India

Did You Hear That There is Now a Cap on Weight of School Bags???

Kerala Devastation - How Can You Help?

What! Salman starrer ‘Tubelight’ will not be released in Kerala theatres

Shahrukh Arrived In Munnar For The Shooting Of Chennai Express

No Right To Education For Migrants
LATEST EVENTS / GALLERIES
Most Read
...loading