Turn your poo to Perfume... 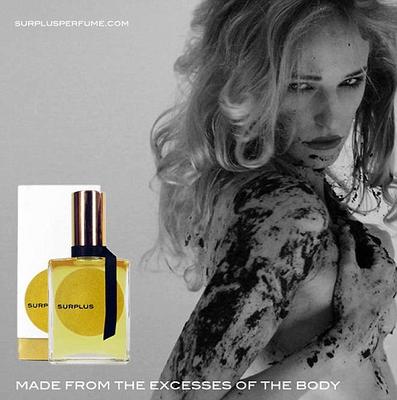 In 1961, Piero Manzoni created created a piece of art called "Merda d’artista" which was composed of 30gr of net freshly preserved poo (his own) in a tin.

50 years later, history repeats again. Artist Jammie Nicholas has turned his own poo into perfume and selling them at at £40 a pop. According to him he has sold 25 of the 85 bottles that he produced so far.

What's name of the brand:

It stinks when I write this, kudows to Nicholas and those we bought his perfumes. (If he is telling the truth..)

Foods That Help With Body Odor

Hit TV Show Homeland May Have A Bollywood Connection!

The Scent Of A Woman…

How To Wear Perfume?

Kareena Kapoor khan calls Poo’s role in K3G 'over the top’; Says ‘It was a difficult character to play’

Kareena Kapoor Khan opens up on her most iconic role ‘Poo’ from K3G, says ‘she can’t look at herself’ as the character anymore

Kangana Ranaut: He'd bury his face in my neck and smell my hair

Hollywood Celebs Who Either Endorse Perfumes

Go Beyond The Traditional Diwali Gifts!

Shahrukh and Priyanka Cosy-up at Finale of Just Dance

Do You Know How To Use Perfumes and Deodorants?