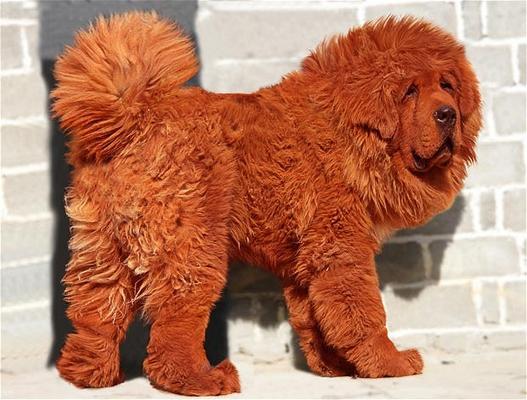 An 11-month-old, 3 feet high weighing 180 pounds, Red Tibetan Mastiff named Hong Dong (Big Splash) broke all previous records for dog proces to become the world's most expensive dog after being sold to a new home in China for 10 million RMB for almost 1 million pound sterlings or about $1.5 million US dollar.

Tibetan Mastiffs are huge and fierce guard dogs that have stood watch over nomad camps and monasteries on the Tibetan plateau for centuries.They are thought to be one of the world’s oldest breeds, and legend has it that both Genghis Khan and Lord Buddha kept them as their pets.

Now they have become high status symbols for the rich guys in China. These dogs are pure “Chinese” breed and they are rarely found outside Tibet.

Is It Okay to Feed Your Pet Dog Human Food?

How Often Should You Give Your Dog a Bath?

5 Reasons Why Everyone Should Have a Dog!

5 Things You Should Know Before Adopting a Dog.

The 5 Weirdest Dog Breeds Ever

Amy Jackson: No men in my life except my father and dog

In all probability, Aishwarya and Abhishek child will be a Twin baby girl