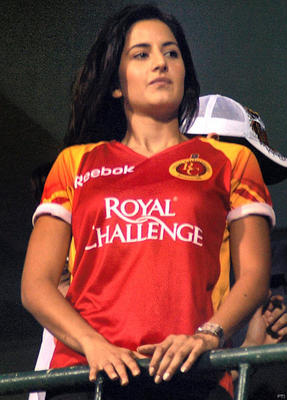 After Katrina stepped down from her role of "Brand Ambassador" for the "Royal Challengers Bangalore", there have been speculations about her joing a new team. Rumors suggested that Kat might be roped in as the face of the new Kochi team or the Pune Warriors.

But Katrina's official spokesperson has stated that Katrina shall not be joining any IPL team this season. "She is not a part of this 2011 IPL season nor were there any talks on her being Brand Ambassador for any team. The reports doing the rounds are absolutely baseless and untrue. She will be shooting for Yash Raj Film's 'Mere Brother Ki Dulhan', which is why she opted out of the Bangalore team (Bangalore Royal Challengers)," added the spokesperson.

Why Doesn't Salman Own An IPL Team?

Is She A Seeta, Or Is She A Geeta?

IPL 5 Kicks Off With A Star Studded Opening

KKR Gets A New Look!

Virat Kohli: Our performance was unacceptable, one of the worst collapses ever