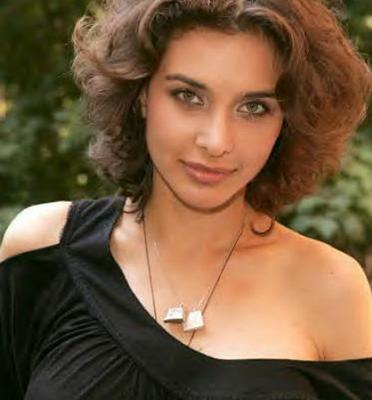 We watch the rich and the famous everyday, thinking that they have the world at their feet. Maybe they do. But there are some situations that affect the celebrities as badly as they affect lesser known souls. Cancer, for instance, does not discriminate between celebrities and non-celebrities. It strikes celebs and non-celebs alike. So many of our talented people have fallen prey to cancer that it is almost apalling. Don't believe it? Read on...

Lisa Ray was diagnosed with breast cancer almost 2 years ago. She chose to bravely fight the disease and blog about it. She attends cancer events and spreads awareness. She is a real hero, a real inspiration to the people afflicted with this deadly disease. She may have lost her lovely hair to cancer, but she has found so many new friends and fans.

Barbara Mori, a beautiful Spanish actress, made her Bollywood debut with "Kites" last year. Did you know that at the age of 29, Barbara was diagnosed with cancer. Not one to give up, Barbara fought the disease and says, "The disease taught me that you must enjoy what you have in your life today, because you don't know what tomorrow might have in store for you."

Sheryl Crow is an American singer-songwriter and musician. Her music blends rock, country and pop into one mainstream sound, and she has won nine Grammy Awards. Few people know that Sheryl has undergone surgery as well as radiation therapy to fight cancer.

If you have seen recent pictures of Mamta Mohandas, the beautiful South Indian actress, you might be wondering why she chopped off her lovely hair. The new hairdo is very hep and contemporary. But does it hide the fact that Mamta lost her hair to chemotherapy? This young lady has been treated for Hodgkin's Lymphoma. Who'd imagine that?

Kylie Minogue has been a big inspiration to cancer victims. She ha snot only battled the disease bravely, but is also very open in talking about her experience.

We all know Cynthia Nixon as the career woman in "Sex and the City". But did you know that Cynthia has also undergone surgery and radiation therapy to fight for her life against cancer?

Besides these people, other celebrities who have survived cancer are: Colin Powell, Nelson Mandela, Sir Thomas Sean Connery and Christina Applegate.

Many celebrities have not emerged victorious in their battle with this deadly disease. Bollywood actresses Simple KApadia, Nargis and Nutan, Cricketer Vijay Hazare and Jennifer Kapoor (late wife of Shashi Kapoor) are a few celebrities who lost their lives to cancer.

New Studies Point to a Relationship Between Junk Food and Cancer!

Tips for Prevention of Cancer: Part 1

Kapalbhati - The Pranayam for various ailments!