What Happened To Ranbir's World Tour? 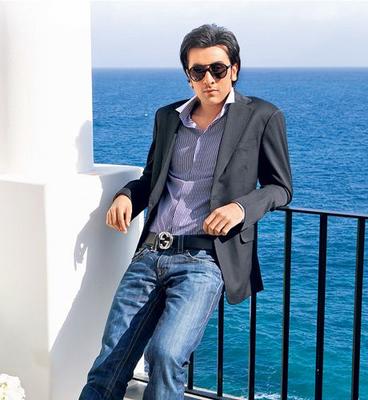 It was only a few days ago that papa Rishi Kapoor announced expulsion of Deepika Padukone and Sonam from his son's much awaited world tour. Yeah, we heard he didn't find the ex-girlfriends' comments on "Koffee With Karan" funny. So they will have Bipasha, Katrina and Malaika on the tour. But now the Kapoor khandaan has announced that this much hyped world tour has been postponed...to next year! Apparently, papa Kapoor now realizes that his son does not have even a single hit song that he can dance to on a world tour. So they have decided to wait till the release of his next film "Rockstar". Wasn't it too early to expel the ladies, when your own son wasn't ready to dance Rishi ji?

A Professor You Could Only Dream About...

Priyanka Is In Love With Two Men!

Ash Refuses To Dance With SRK

Shilpa Shetty to conduct Bollywood-style fitness tour in US, UK, Canada and Australia

Student of the Year

Don't Cheat, Your Spouse May Kill You!