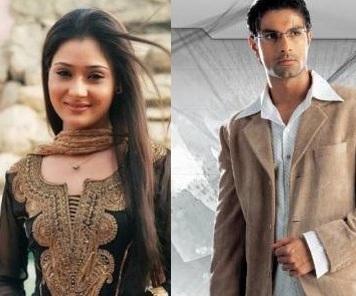 "Ashmit is like a brother." Yeah, so we have heard!

Sara Khan, the bratty kid of Bigg Boss House, Season 4 has finally been thrown out. As Sara tries to settle back into her life in the real world, she has come face to face with all the controversies that surrounded her wedding. She claims that she is shocked and disturbed on learning about how she was portrayed in the show, and how her family reacted to the news of her wedding to Ali Merchant.

First things first! We all saw Sara vying for the attention of Ashmit Patel as soon as the show kicked off. She seemed to be trying too hard and together the two portrayed the perfect picture of two people who may become a couple. That is when Dolly Bindra entered the house and told Sara how she looked on the telly. When Dolly entered the house, she managed to convince Sara to turn her romantic interest into her brother. And this is how Ashmit became Sara;s brother! Now that she is out of the Bigg Boss house, Sara is outraged that people actually put two and two together when they saw Sara with Ashmit in the first few weeks.

"I am really upset that my closeness to him was misunderstood and Ali was sent inside to clear it. I hope he wins the title. While Veena would become friends with everyone easily but I don't know whether she will continue be the same after she comes out also."

Probably we, the audience, are too dumb to undertand complex relationships, right Sara ji?

So when the TRPs needed a boost, Bigg Boss decided to host a wedding in his house. Ali Merchant was brought in for a week and the "been together for 3 years" couple was encouraged to patch up. Past differences were burried and the two decided to get married on the show. This is when Sara's family went to the media claiming that Sara-Ali wedding was held 3 years ago. Someone even mentioned having copies of the nikahnama. This didn't shock anyone as we are all used to celebrities using relationships, weddings, divorces etc to further their careers.

But apparently Sara ji is miffed. How could her parents reveal the truth to the world?

This is what she has to say:

"I got to know about it after I came out of the house. Initially I was very upset but I am glad that everything is cleared now.I have no clue why my family said that. I have always been there for them. I never thought they would say such things about me.

I am really embarrassed and disturbed about the whole thing. I have not called them yet.First I will watch the footage and then ask the reason for it. Also I have to take their permission to shift to Ali's place and convince them to do my bidaai."

So the Bidaai girl is yearning for her real life biadi, it seems....

'With her beauty and talent, she is going to rock the industry': Kareena on Sara’s debut

Celebs At The Launch Of Sara Khan Production House