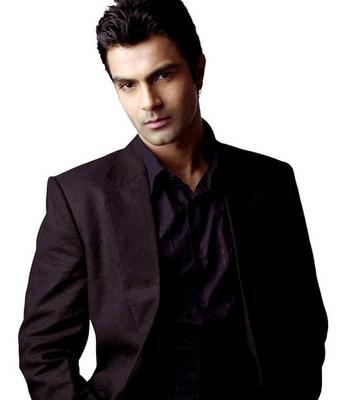 A few years ago, Ashmit Patel was caught up in a sleazy MMS scandal featuring him and his then girlfriend Riya Sen. Ashmit was held responsible for leaking of the very private video and his career burt down before it had even taken off properly.

Today, Ashmit is locked up in the Bigg Boss house, where, incidentally, he is again seen cozying up with one babe or the other. We know what got him there! The controversy and public humiliation has made Ashmit a prime candidate for featuring in this TV show. But what will keep him there?

Ashmit is trying his best to cash in on the MMS scandal, by getting the fellow housemates and audience to sympathize with him. He says he did nothing wrong. Who knows! But he sure is trying to get milegae out of the whole mess. Ashmit is not alone in these attempts. Backing him from behind the scenes is his publicist, Dale Bhagwagar. While Ashmit Patel is still fighting with Dolly Bindra in the Bigg Boss house, his publicist has released an album sung by him. Ashmit sang the song himself, and shot for the video just two days before entering the big boss house.

If you have any sympathy for this model-actor-has-been, you will lose it when you find out how he has been manipulating the audience for his own motives. Though on the face, it looks like Patel is trying his best to come to terms with the blows of fate, once you read the lyrics of this song (combined with the way he bats for sympathy in the TV show), he seems to be trying hard to gain publicity out of the MMS scandal that happened between him and his then girlfriend, Riya Sen. Read the lyrics and judge on your own…

Lyrics of the song…

Bebasee, laacharee, sharm se jhuk gaya sar,
Bikhri meri duniya, mere khwab, mera ghar,
Jab chhod jaaye apne, toh lagta hai darr.
My life, my career, all went for a toss,
Bad decisions, bad luck put me through such loss,
One after another, life shot me with a dart,
Like a broken arrow, I was falling apart.

Main batata hoon, apni kahani, apni zubaani…
Something or another kept falling out of place,
A leaked MMS and disgrace, slapped on my face.
No I didn’t do it, but I paid the price for it,
Broken ties, faith and trust, made me feel like shit.
Family relationships turned bitter overnight,
I swear I tried to save it, with all my might.
Flop filmein, rukawatein, baitha tha bekaar,
Na kaam, na cash, na kismat mere yaar.

Katrina Kaif: I’m in a new phase of unlearning, re learning and learning a lot of things

Manish Malhotra: “I’m having a wonderful time in Cannes”

Aamir Khan transformation for 'Thugs of Hindostan' is painful?

Deepika: I’m not having a baby, I’m not engaged and I’m not married

A Chipkali saves his Friend from snake

Beware of The Killer CATS