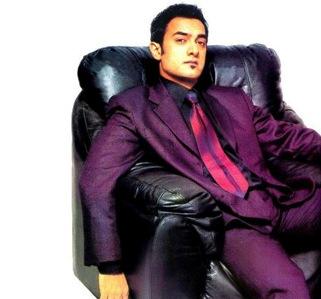 After his film 3 Idiots became a super blockbuster, Aamir Khan emerged as the next super star of Bollywood. He is now so much in demand that it is a dream to work with him for all producers and directors. Yet, almost a year has passed since "# Idiots" released on Dec 25 last year. But Aamir remains invisible from the Bollywood film circuit.

Not only has he not appeared in any films this year, he has not signed any either. But this is now about to change.

Aamir Khan has finally given his nod to a script for a Bollywood film. This is a suspense drama written by Reema Kagti and Zoya Akhtar. Remember "Zoya Akhtar"? Zoya is the celebrity hair stylist-turned-director/writer wife of Farhan Akhtar. Yes, this clearly means that the film is being made by none other than Farhan Akhtar and his partner Ritesh Sidhwani. Aamir-Ritesh-Farhan is the same team that brought us a cult film like Dil Chahta Hai almost a decade ago. The film is still as fresh in our memory as if it were released yesterday.

<>I"I found the script written by Reema and Zoya really exciting and I am looking forward to working with Ritesh and Farhan once again", Aamir said in a statement. Both Farhan and Ritesh are equally excited to team up with Aamir, who will co-produce it with the duo’s Excel Entertainment.

So as Bollywood fans, we can now gear up for a really entertaining and interesting suspense drama, a genre that Aamir has not yet experimented with. Great News!

Where Is King Khan?

Bollywood Gets Another Blonde Babe

Ranveer And Anushka At Dil Dhadakne Do Completion Bash

Big B, Deepika,Ranveer And Farhan On The Front Row