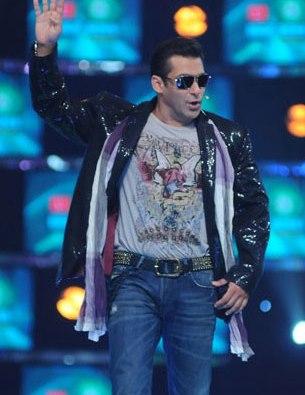 Though the voting lines remained closed this week, someone has left the Bigg Boss house yesterday.

Sara Khan has not been evicted from the house. But she has been taken to a secret room, where she can watch the housemates secretly, without being seen by them. This will show Sara what everyone really thinks about her. It will also give her an advantage over the housemates as she will know what really goes on in their minds.

This advantage was given to Raja Chaudhary in Season 2. In other seasons also, special contestants have been given this privilege. Vindu Dara Singh, the winner of previous season, also enjoyed the hospitality of Bigg Boss's secret room. This room gives other advantages also to the contestants. There is unlimited food, drinks and entertainment in the form of DVDs. Sara is surely a lucky girl.

Today's episode will show something that has never been seen before in Bigg Boss. The host, Salman Khan, will enyter the Bigg Boss house and mingle with the housemates freely. How will the housemates react to this? To find out, tune in to Bigg Boss tonight on Colors.