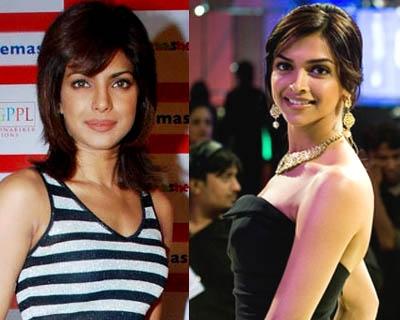 A few days ago, we reported that Bollywood producer Sajid Nadiadwala is producing a film based on Two States".. Barely a week later, the film is already embroiled in casting controversies!

As reported earlier, director Sidharth Anand announced that his film Two States would be made with Saif Ali Khan and Priyanka Chopra in the main lead. But less than a week later, reports are in that Priyanka Chopra is out and the gorgeous Deepika Padukone is in!

Two States is based on a book by celebrated author Chetan Bhagat. The book is almost like an autobiographical account of how Chetan got married to the love of his life. The book is interesting and was an instant hit among readers and the author's fans. Undoubtedly, the film holds a lot of promise when it is backed with such a strong story line. Adding to the magic is the name of big stars who shall be cast in the film.

But lately Sidharth and Sajid have felt that Deepika Padukone would probably make a better and more convincing South Indian. So talks are on about roping in Deepika and throwing out Priyanka. This decision is probably influenced by the fact that the Deepika-Saif jodi was a big hit with the masses in Love Aaj Kal. We wonder if this decisions is also influenced by the reported Priyanka-Kareena cold war. PC has had a hit in Anjana-Anjanai and Bebo might not be too happy watching PC regain her numero uno position!

The story of "Punjabi boy meets South Indian girl-falls in love-wants to get married" is not new to Bollywood fans. Years ago we saw the same story in Ek Duje Ke Liye, which was a great film and a big hit too. Will "Two States" match the success and quality of this cult film? Wait and watch!

Deepika Gets Over Ranbir

Baahubali: The Conclusion might just not be released in the state of Karnataka

How To Stop A Baby's Crying