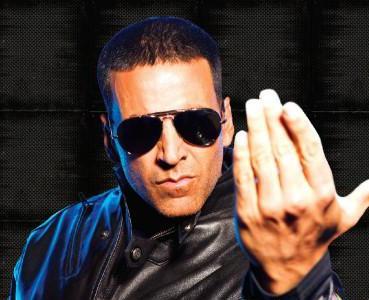 But it seems that apna "Khiladi Kumar" Akshay has neither a sporting attitude, nor a sense of humor in real life. His onscreen characters may be all fun and goody-goody, but in real life, he's quite a different character. This was revealed to everyone, especially director Karan Johar, very recently.

Now, you know that KJo has been hosting the celebrity show Lift Kara De for the Yash Raj banner's TV production division. All the major Bollywood stars have appeared on the show along with their fans. All, but Akshay! The show has come to its end, and yet no episode with Akshay awaits telecast. Do you wonder why?

It seems that Karan Johar rubbed Akki the wrong way recently, when he made a snide comment about the actor at a public platform. During a debate at FICCI-Frames 2010, KJo is believed to have said, "What are these movies Akshay does? I don't understand them." Apparently this miffed Akshay quite a lot, more so since there was a lot of media present at the event. When Karan realized that he had once again landed himself in a controversy with his big mouth, he immediately tried to make amends. Karan called up Akki and apologized for his snooty comments. At that moment, AKshay politely accepted the director's apology and hinted that all was forgiven and forgotten.

But the truth is apparently something else. Akshay is still carrying the chip on his shoulder and has neither forgiven nor forgotten this incident. This must be why he did not find time to shoot for "Lift Kara De" in spite of repeated calls by Karan. Even a word from the YAshraj camp could not make Akshay change his mind. He has been avoiding the shoot, citing date problems.

So now you know that Bollywood is not the one big happy family where people patch up and move on even after differences have been created. All that is just a media hype, and quite removed from the reality. You also know that Akshay does not take very kindly to criticism and jokes. That's one leasson that director Karan Johar has learnt the hard way!

Akshay And Asin At Mithibai College To Promote Khiladi 786