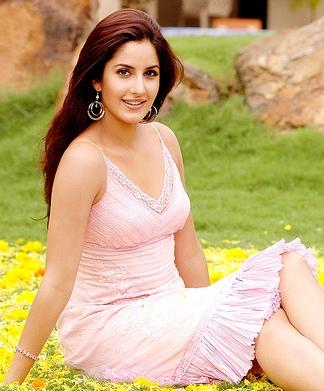 Katrina Kaif has always been associated with sweetness and innocent beauty. She has adorned the screen with her lovely presence in many big movies now. Kat is a name to reckon with today. She has not only worked in many films, she has also delivered a lot of big hits. After all, it's not for nothing that people talk about a Kat-Bebo jealousy!

Now that Katrina has made her mark in Bollywood, she seems to be taking risks and deviating from the set masala film mantra. So Kat is now experimenting with unique projects and roles that she has never tried before. Her role in Rajneeti is an example of Kat's new way of working.

But what will surprise you is that Katrina has signed up for a negative role. This role is for her debut in production, with an adaptation of a French drama. The character is a complete opposite of how we have seen Katrina in her previous films. Gone will be the pious innocence in this film. The sweetness of Katrina's lovely face will be replaced with a mean and aggressive look that will showcase her beauty as hard and unyielding.

If Katrina can take diction classes for her role in Rajneeti, she must be working hard for her newfound identity as a vamp, right? Reports are in that Katrina is already watching famous onscreen vamps for guidelines. She has been watching popular Hollywood actresses and taking tips from their performances in big ticket films. Her ideal, it seems, is Meryl Streep in Devil Wears Prada. That's one new addition to Meryl's list of admirers.

Talking about her character in her production, Katrina said that she will feature as a really selfish, scheming woman who stops at nothing to achieve her ambitions, and yet stays connected to the audience. But we don't know much about the name of the film or the rest of its cast. We'd surely like to know if a young, handsome and charming Mr. Kapoor is also a part of Katrina's cast!

Is KAT's SIS Coming To Bollywood Too?

Candid pics of Katrina and Salman

Katrina Kaif Behind The Scenes Of Sony Xperia Ad Shoot

IT Raids On Kat Priyanka