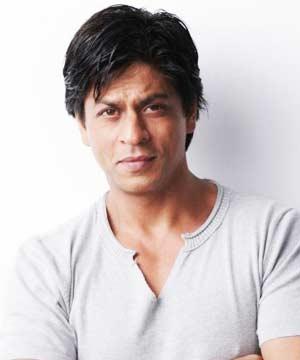 It is no secret that Shahrukh Khan and film maker Vidhu vinod Chopra had differences till some time ago. But both the celebrities seemed to have buried their differences when we saw them cracking jokes at a popular awards function recently. But now we know that it is true. SRk and V V Chopra have made up.

After having worked with many big names and having delivered critically acclaimed films that went on to be huge box office successes, Vidhu Vinod Chopra is doing what he always wanted to do. He is working with King Khan in his next film. Chopra has roped in Shahrukh for his next project, titled Ferrari Ki Sawaari. Reports suggest that the film is based on a cricketer who owns a Ferrari. Incidentally, the only Indian cricketer who owns a Ferrari is Sachin Tendulkar. But director Raju Hirani has denied that this story is based on Tendulkar's life.

Rajesh Mapuskar, associate director and a longtime associate of Raju Hirani, will direct the heartwarming tale of how the pursuit of an Indian cricket legend's Ferrari makes a young boy's dreams of playing cricket at Lords a reality. Vinod Chopra and Rajesh Mapuskar have co-written the script and Rajkumar Hirani will write the dialogues of the film.

After the roaring success of Hirani-Chopra team's

The Perfectionist Asked To Stay Out!

Rajkumar Hirani is flooded with scripts based on cricket

Ferrari Ki Sawaari at a Media Interaction at IIFA 2012