Are You A Good Girlfriend? 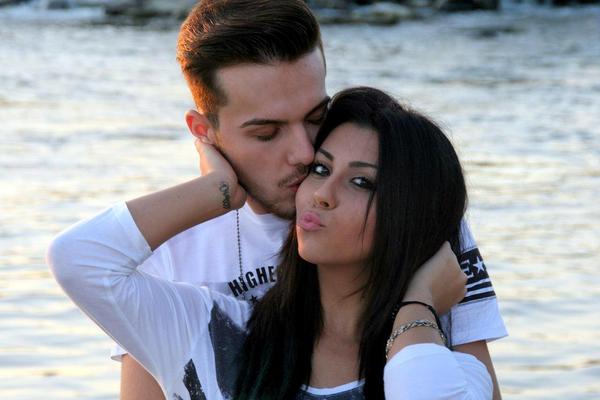 We rant on and on about things we don’t like in men. But how often do we really sit down and talk or think about what “men” want from us? Men expect and want many things from you, apart from plain sex. What are these things? What constitutes “good girlfriend behavior”? Are you perceived as a good girlfriend? Read on to find out…

What Kind Of A Girlfriend Are You? After a lot of research, we have come up with these most important aspects of your behavior with or around your boyfriend. These are the aspects on which men evaluate their girlfriends’ as “awesome”, “great”, “nice”, “tolerable”, and “get lost”. Find out which one are you!

Are You Easy?: Men just love the chase, and there’s no changing that. So if you deny him the thrill of having to chase after you, you are no fun! Even after you are in a relationship, let him do some asking and chasing. Don’t always be easily available.

Meet The Parents: If you really like this guy, you just HAVE TO qualify this one. Indian men care a lot about their parents’ opinion. So when you’re going to meet his parents, be on your best behavior. If possible, take along a batch of freshly baked cookies or a fresh cake. This is a great way to mix in a little show off of your culinary skills to win some brownie points.

With The Guys: Men share strong bonds with their pals and appreciate a girl who can get along with “the guys”. He wants you to get along with his friends, but he does not want you to get “too friendly” with the guys. There’s a thin line here, and you’ve got to respect that.

Exchanging Gifts: So what gifts do you buy for him? Clothes? Wallets? Cheesy Greeting Cards? Sorry babe! But this just doesn’t work. Be more creative and imaginative. But him a gift that HE values, and not one that YOU think is great. Tickets to a cricket match will have him jumping, don’t you think so?

Phone Calls: Calling him at work, every now and then is not a good sign. His work is his priority, at least during the day. Don’t disturb him, unless you wish to come across as needy and clingy. Do you?

Text Message: Sending him an SMS? How sweet! But hey, check that message again. If your message is short and crisp, he’ll be delighted to know that you are thinking of him. But if you have typed in an essay, he’ll be wondering with irritation, if you have anything useful to do at all!

Who You Talk About: Are you forever talking about your ex? If you are saying he was amazing, you are just telling your boyfriend that he’s no good. You are obviously still pining for your ex. Even if you are bitching about him, you are still not really over him. So stick with the present. Tell him how great you feel with him. Tell him how amazing you think he is. Appreciate him and do it without any restraint. Ego pumping, eh?

PDA: Most men have fixed ideas of how far you can go with Public Display of Affection. In India, it is safe to hold hands or give him a quick peck on the cheeks. If you cross that boundary, he won’t be able to respect you any more. You’ll also make him uncomfortable with the extra PDA. So keep all those long kisses for later.

Are You a Nag: Why do you think men postpone marriage? It’s because they don’t relish the idea of having someone on their back all the time. Men hate nagging women. Are you one? If yes, you’ll have to learn to tone it down a bit. Women are superior creatures and we try to improve our men with the constant nagging. But they are too ignorant to appreciate that. Accept it and let things be!

Introducing Your Boyfriend To Your Friends

Is Your Boyfriend Married?

Are You Dating A Married Man?

Caring For The Father To Be

Falling In Love With Your Best Friend?

Ranveer Singh On The Cover Of Men's Health For December 2012

Rhymes for Your Toddler

Are You Sick Of Your Boyfriend?