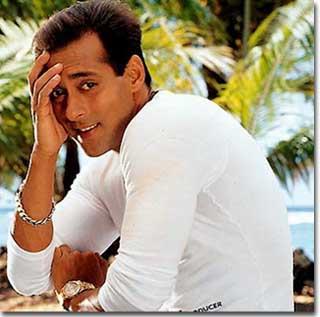 "Qaidi Number 210" is the tentative title that has been given to a film that will expose many secret details from the life of filmstar Salman Khan.

It is no secret that Salman spent a few miserable days in Jodhpur Central Jail. This was in relation to the famous blackbuck shooting case in which a "chinkara" was hunted by a hunter party that consisted of many Bollywood actors, including Salman Khan. Salman's recent stint in the Jodhpur Central Jail has inspired film maker Ranjit sharma to make a film based on these events. Ranjit hopes to shed some light on Salman's jail life with his film.

The research work on Qaidi number 210 has already begun and the film maker is exploring various sources of information. One of these sources is

This is what Mahesh Saini has reported, "Salman is addicted to coffee. He wanted one cup every hour. He hardly ate anything except the chocolates his brother Sohail had given him. He had many visitors. The ones I knew were his sister Alvira and brother Sohail. On the second night, I made soyabean and we ate together."

So who will play Salman Khan's character in the film based on incidents from his real life? If things go as planned, the honor will go to Chirag Patil, who is the son of former cricketer Sandeep Patil. Ranjit Sharma is so impressed with Salman Khan that his film is bound to show the whole blackbuck incident from a different angle. You can get an idea of what he's up to with what he has to say about Salman: "ll I can say is that Salman is one of the nicest human beings I have ever met. I know for a fact that he is innocent. I can’t reveal more because he had told me everything in confidence, but Salman never fired that shot (which killed the Chinkara)."

It would be really nice to know that Salman never fired that shot. But who did, if he didn't? That is the million dollar question!!!

In Tihar Jail: Habib, The Hairstylist

Salim Khan recalls the time when Salman was in jail

Sanjay Dutt: There is nothing wrong between Salman and me