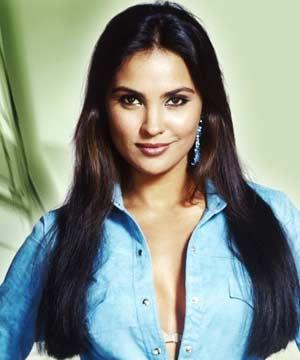 Recently Bipasha Basu launched her fitness DVD amidst a lot of media coverage and interest. Apparently, the DVD is a complete success as expected. What else would you expect when someone as hot as this Bong beauty shows you how to have a gorgeous body like hers! Since the DVD is a sell-out, Bipasha and Shemaroo are keen on bringing out the second and the third part very soon.

But the success of Bips' fitness video has sparked a kind of fitness war in Bollywood. Inside sources report that many other Bollywood babes are now thinking of following in Bipasha's footsteps. Shilpa Shetty already has her Yoga DVD and Bipasha has now pioneered the fitness workout DVD. If rumors are to be believed, then many ageing and out of work actresses will be hopping on to the "fitness DVD" wagon to make a few bucks.

Of all such Bollywood actresses, Lara Dutta is the one who may give tough competition to Bips. Rumor has it that Lara is keen on bringing out her own label of fitness attire as well as her own workout video. We hear that Bipasha is not too pleased with this little piece of news. Apparently, it is not the news itself that has upset Bips, but the way Lara is going ahead with her plans has made Bips angry and hurt.

Lara Dutta, an Ex-Miss Universe, and her gang of friends have been making discreet enquiries about what Bipasha has got up her sleeve next. They have been talking about this with her close friends as well as her staff at her office. The idea, seemingly, is to know what Bipasha is doing next so that there is no repition. Noble intentions, we must say! But Bipasha seems to disagree. Sources reveal that she is hurt by this snooping approach and would have preferred it if Lara had approached her directly.

We have also heard that Lara's current boyfriend Mahesh Bhupathi has a lot of contacts in the sporting and fitness industry and is going all out to help her further her plans. Reminds you of how John Abraham, the absolute hunk, helped his gal with her DVD, right?

Though Bipasha seems to have no issues about competition, she hopes that the new entrants in this field bring passion and energy. She hopes that these are not "me too" gimmicks based on the sole intent of making a quick buck. This is what she has to say, "I would love to see dedicated fitness enthusiasts like Akshay Kumar, John Abraham and Salman Khan bring out fitness DVDs. Salman got the men fit in our country. These stars are icons in fitness and people would want to know from them. I have done the DVD with a lot of passion and put my heart and soul into it. Apart from my films, fitness is my passion. I have heard that a lot of people are thinking along similar lines. I have no problems if people follow trends but I hope whosoever does it, does it with all their heart, dedication and passion in it and not just as an experiment, or a PR strategy. If other actresses bring out fitness DVDs for monetary benefits or as fad, it dilutes my efforts." Words of wisdom....

Is Mumbai Really Safe For Women?

Bipasha Basu: Want to write a book on fitness

Vidya Balan Unveils The DVD Launch Of The Film Kahaani

Get Healthy With This Recipe!
LATEST EVENTS / GALLERIES
Most Read
...loading