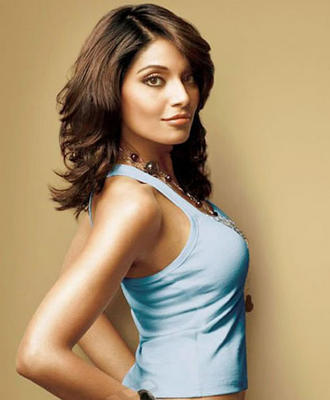 Even thought the Censor Board may not completely agree, Bollywood seems to have come of age. More and more directors are toying with the idea of making films for a mature audience. The song and dance routines seem to be passe. Now it's all about new subjects, new characters and new cinema!

One of such "mature" subjects that we are likely to watch on the screens very soon is the sperm donation mafia in our country. Film maker Onir has been looking for a "mature" female actor to cast in the central role of his next film Afia. The film is woven around the story of a 40-ish woman who is in a hurry to conceive. Everyone knows that fertility begins to decrease after the age of 30, so the central character of Onir's film is desparate to get pregnant while the biological clock ticks away. A little birdie tells us that the character will be Bengali, so Onir is considering the Bongs babes of Bollywood. Bipasha Basu, Rani Mukherjee & Nandita Das are said to be the 3 ladies in Onir's mind.

Though Onir is in talks with these 3 prominent ladies, our little birdie tells us that not all of them are comfortable about playing the character of a 40 year old lady. It has also been reported that Kalki Koechlin, the famous gal from Dev D has also been considered for this character. But Onir denies it saying, "I was making a film called Afia with Kalki. But that was different story. Then I came across interesting facts about sperm donation and I wanted to make a film on that instead."

Talking about the facts and research that has gone into the subject, Onir says, "The whole system of donating sperms in our country is murky. Do you know women are legally allowed to have sex with sperm donors if they choose to do so? I found the idea appalling. My film is about a woman who insists on tracking down her sperm donor although there's a secrecy clause binding both parties in this sensitive transaction." Onir further talks about the incenstous aspect of the subject saying, "I discovered the option that the donor could be the father in law/ brother in law. The very thought is incestuous. Some clinics offer the possibility of actually having sex with the donor, terming it as natural. The husband has the option to be present. My research team and writers first found out facts from the net. We then visited a few sperm banks in Mumbai. But they did not allow us to click pics. But we spoke to people who availed of the facilities."

Clearly, Onir finds the whole subject very interesting and he seems to believe that audience will appreciate a film made about this important subject. This is not the first time that Onir is delving into a "mature" subject. He made his directorial debut with My Brother Nikhil, which was a critically acclaimed film about a gay character and AIDS. His other films include "Bas Ek Pal", "Sorry Bhai!" & "I Am".

Ranbir Kapoor Has An Identity Crisis

Lift The Ban, For Comedy’s Sake!

Telling a Lie? No papa!

Yami Gautam: 'Vicky Donor' taught me to be fearless in my choices

Sonakshi Sinha: Ayushmann Khurrana is the flag bearer of films on sex-related subjects in Bollywood

Sonakshi Sinha on Khandaani Shafakhana: Was surprised when approached for bold subject