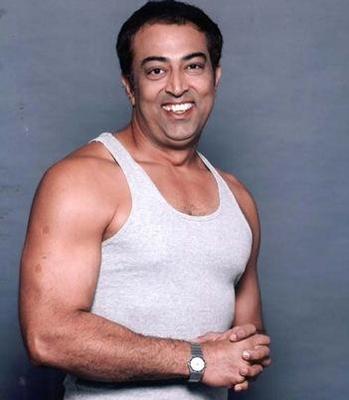 Raju Srivastav, the most popular stand up comedian in India, was eliminated

from Bigg Boss 3 last Friday. Raju's elimination came as a big surprise to all his fans, who assumed that Raju's popularity would win him the prize. Even more shocking was the fact that newbie Pravesh Rana survived the elimination along with Vindu Dara Singh, throwing out Raju.

After being eliminated, Raju Srivastav has said in an interview that he would like Vindu Dara Singh to win the reality show Bigg Boss 3. In his words, "Vindu has been quite controversial and everyone says things about him but I don't know why I feel he is a good hearted person. This is one reason that I would like him to win this show. I think even public will want that Vindu is declared the winner since he is providing everything that the audience wants for entertainment - conflicts, drama, action."

A few weeks ago, actor Vindu, comedian Raju and designer Rohit Verma started planning the nominations in such a way that the game became very predictable. To restore balance to the house, Bigg Boss brought things out in the open by showing everyone a video if the trio's planning and plotting. While Rohit and Vindu accepted their mistake, Raju denied having any part in the plotting. His excuse was that the other two came to discuss things with him while he was working out in the gym and he could not do anything but listen.

But Amitabh Bachchan took away this excuse from Raju when he showed clips of Raju actually planning the nominations actively. This was done in the Saturday's Aakhri Salam episode. It was a lot of fun to watch Raju squirm and look for replies when Amit ji brought up this topic and showed the videos.

But Raju still denies having any part in the plotting. This is what he has to say, "I knew from inside that now it's my turn. I had prepared myself to go. I knew that people had enough of comedy and non-controversial behavior. Now they want drama, fights...something that I was not providing, I think that's why I was shown the way out by the public." Yet Raju ji has not qualms about going back into the Bigg Boss house if offered a wild card entry!

Cutting a Pineapple Was Never So Easy

Watch The Trailer of 'I Me Aur Main' - John Abraham, Chitrangadha & Prachi Desai