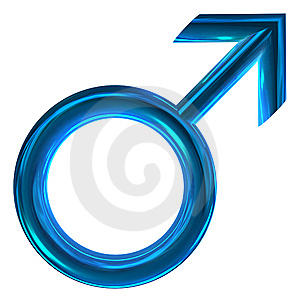 Everyone knows that International Women’s Day is celebrated on 8th March every year. But did you know that 19th November has been declared as the International Men’s Day? The IMD was celebrated for the very first time in Trinidad and Tobago on 19th November, 1999. The IMD was supported by the United Nations and men’s groups across the globe. Indians celebrated the “International Men’s Day” for the first time in 2007. Today India celebrates this festival for the third time, along with countries like Trinidad and Tobago, Jamaica, Australia, India, United States, Singapore, United Kingdom, Malta, and South Africa.

As a woman, you are likely to question the relevance of celebrating the International Men’s Day. We live in a country that is largely male dominated and has a very poor Gender Gap record. We need to do a lot of work towards women empowerment and closing the gender gap in our society. But at the same time, we also need to appreciate our men. IMD is a day to do that.

The Men’s Day is an occasion to honor selfless sacrifices that men make for making our lives better. Surprised? Most feminists would not agree that men contribute much to the social fabric. But here are a just a few examples of how men enrich our lives:

• Even today men are the major bread winners for most India families. We may like to change this situation, but we cannot deny it. Apart from earning a livelihood, men render many services that make the society comfortable for everyone.

• It is undeniable that men have made very important and numerous contributions to science and technology. it would not be wrong to say that the development of Homo sapiens as a race has been spearheaded by men. Undeniably, there are important reasons why women have not been able to contribute as much, but the fact still remains!

• All over the world, dangerous and difficult jobs are performed by men and men alone. From fighting fire to constructing buildings, men make our lives easier in many ways. Even during wars, men sacrifice their lives to keep us safe and secure in our homes.

• What would life be without men? No love, no relationships, no break ups, no marriages! Men are a very important part of our daily lives, which would be rather mundane without men. Who would crack silly jokes and make us laugh, if there were no men? Who would look at us with admiration, and make us feel special? Who would we dress up for?

Let’s face it. Men complement us. They make our lives whole and complete. The International Men’s Day is an attempt to show appreciation for the things men do. It is also an attempt to improve gender relations. More importantly, it is a day to highlight positive male role models. Everyone knows one, Right? So why don’t you join in the celebrations and celebrate with all the men who are a part of your life? Spread the cheer, pass the message!

Why Are Women Attracted To Married Men?

What Are Men Looking For? (Part I)

Being a Woman... Everyday!

Men To Stay Away From! (II)

Men in Black: International star Chris Hemsworth: I would like to work with Priyanka Chopra

Bollywood Celebs At GQ Men Of The Year Awards 2014

Sonam Kapoor Sizzles At GQ Men Of The Year Awards 2013

A Peek into Bebo's Home

Is Your Blackberry Working?

Tribute to all those women, we fights every day!!