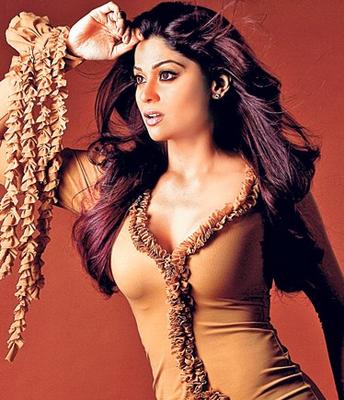 If reports are to be believed, Shamita Shetty may leave the Bigg Boss house today. Shamita’s voluntary exit is expected due to elder sister Shilpa Shetty’s wedding in November. This may come as a big relief to the sparring couple Tanaz-Bakhtiyar.

Everyone was surprised when Shilpa Shetty & Raj Kundra exchanged rings in Shamita’s absence. Shamita is known to be extremely close to Shilpa as well as Raj. So it was quite surprising that they held their engagement while Shamita was locked away in the Bigg Boss house. But more surprised than anyone else was Shamita herself. She got the news of Shilpa’s engagement and upcoming wedding from the wild card contestant Pravesh Rana.

After an emotional outburst and a full day’s waiting, Shamita received a letter from her family, which mentioned the wedding date and also explained the reason for such a quick decision. Though we have not been told the reason, we wonder if it’s the stork visiting the Shetty-Kundra household?

Reports suggest that Shamita may opt for voluntary exit today, thereby saving the Irani couple from elimination. If this happens, the public will doubtlessly feel cheated for having spent money on voting. It would be rather unfair to save the ever-fighting husband wife jodi and to expose the audience to their personal problems.

The self righteous couple is miffed with other housemates at present as they have been nominated for elimination twice in a row. They feel that everyone is “after them”. Very conveniently they seem to have forgotten that they nominated Sherlyn and Vindu week after week, for no good reason. Bakhtiyar seems to have completely lost his mind in the confines of the BB house. From talking to himself to weeping like a child, from talking of separation from his wife to murdering someone, the poor chap can be seen doing all kinds of crazy things in the house. Tanaz meanwhile is trying to control her own frustrations, and deal with his simultaneously. It would be interesting to see who the audience likes better, Tanaz or Bakhtiyar? But if both are saved from elimination today, we may not find that out today!

Meanwhile, a section of the media is also reporting that Tanaz Currim Irani has been eliminated today. To find out the truth, please watch Bigg Boss 3, Janta Ka Faisla tonight at 9 PM only on Colors.

Big B Kicks Off Bigg Boss 3