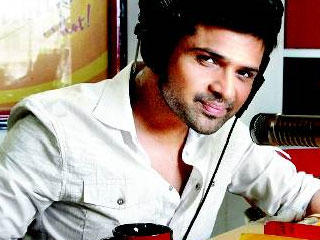 Bollywood Producer Ravi Aggarwal need not worry his head off about incurring losses with his next release. That’s because Radio has already recovered all its production costs, much before its release. The film was made with a budget of 6 crore, and reportedly this amount has already been recovered by selling the music, satellite and video rights.

Now that’s not very surprising, considering the hero’s last film’s performance. Himesh Reshammiya, who is playing a Radio Jockey in the film, last featured in Karzzz. “Karzzz”, which was a remake of the cult film Karz, is a film that should never have been made in the first place. How can a non-actor like Reshammiya (with all due respects to him) don the avtaar once donned by the Rishi Kapoor? Himesh has learnt a lesson from the film’s dismal performance and has admitted in interviews that he made a big mistake by messing with a classic Bollywood film.

So now no remakes for the TV producer-singer-composer-actor! Interestingly, Radio is a film targeted at the urban youth of our country. The promos are encouraging, and film seems to stand a good chance at success. Since the film has already recovered all its costs, the producer will start making money as soon as the first ticket is sold! Himesh says, “I have applied very different sensibilities for Radio. It is aimed at a different target audience than my last two releases.
I am glad that we've already recovered our budget costs. Also the tracks from Radio have registered the highest online download numbers.”

In this age of creative and big film promotions, Radio is also banking on its lead actor for promotion. Himesh will venture on a world tour after the film’s release. The tour will feature all his chartbusters and is expected to rake in a lot of moolah from tickets and merchandise sale. We wish Himesh and the team of Radio good luck!

Himesh Reshamiya’s next film Heeriye is an action thriller

Most Popular Dialogues from Rajshri Films

Is Grand Masti A Film We Can Watch?