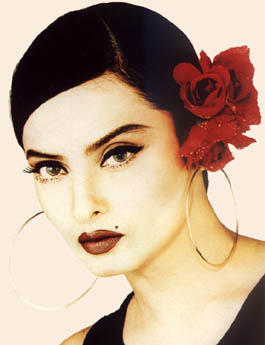 This is not a dialogue from India TV's 24 hour relay of what can hardly be called news. It's not from Sansani and it's not from Rajat Sharma's shows either.

Raaz Pichle Janam Ka is a reality TV show that will soon be launched on NDTV Imagine, the channel that's coming up with the most interesting reality shows in recent times. The promos are already on air with Ravi Kissen asking the audience if they would like to know the truth about their past lives. But what is the show all about? How can one find out anything about past life, assuming there is something like that?

The show will involve many celebrity contestants trying to solve a problem in their current life by delving into their past karma, literally. Experts say that knowing what you did or went through in your past life can help you restore harmony and balance in your present life. A therapist and hypnosis expert, Dr Trupti Jain, will help the celebrity participants in looking back into their past lives and help them resolve a problem in their present life. Jain has trained under the famous Dr Newton from Hyderabad who is an ace in past life regression.

Sushmita Sen is all set to open the show as the first celebrity participant who will peek into her past life on TV. Sanjay Dutt will follow the beauty queen as the second celebrity participant on the show. Other celebrities who have been roped in are Shekhar Suman and Karisma Kapoor. Apparently Kareena Kapoor appeared as a guest on the show in the episode when big sister Karisma was shooting for her episode. Our sources reveal that Kareena was really bowled over with the amount of information that the hypnosis experts could get out of the participants and the guests of the show. Sounds dangerous, Right?

Reportedly, Rekha was also approached with an offer to appear on the show. But she turned down the offer without giving it much consideration. Rekha is known to be a private and reclusive person. She has turned down many TV offers in the past. This one was especially difficult for her to accept due to the content that will be shown. In Rekha's words, "I have had enough controversies in my life. I don't want anything from my past life to be made public." Not even the offer of an exorbitant amount of money could make her change her mind. That's disappointing for the producers as well as the audience!

The channel is inviting people to call and register to participate in the show. Would you be interested in appearing on TV in a show that reveals your past life to everyone? Do you think a day's fame is worth making all your past deeds public? That's food for thought for you!

Soha To Give Away Free Homes

Recession & Layoffs, Entertainment For The Masses

Viva girls should get together for one song